A winter holiday party isn’t enough for us.  My staff is so awesome (and we’ve recently had a lot of reasons to celebrate), that a summer picnic was in order. This year, I went all out with an epic feast and a day of games, boating and day-drunkery. 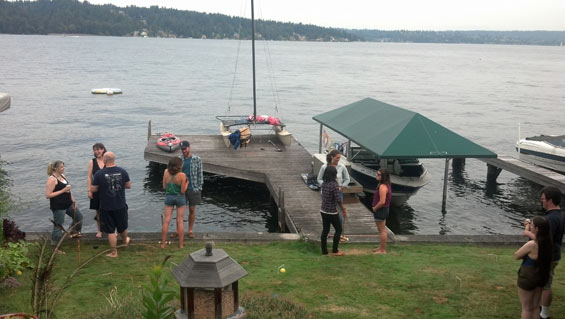 Even though the weather wasn’t quite as hot as expected, we made quite a few boating excursions in my Hobie 16, powerboat and other water toys.  Tara and Nyoki played search and rescue operator for all those who got pushed too far when the wind was high or got caught out sailing when the wind finally died. 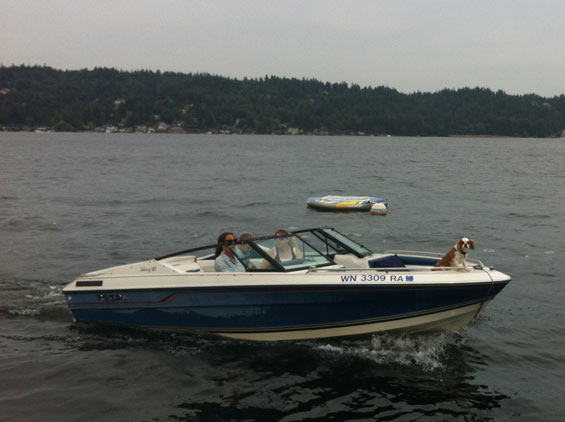 Veronica and Diana both tried paddle-boarding and Katie & Adam ran off the dock to go swimming.   The water really isn’t that cold … especially when you’ve got a strong buzz going and a hot tub to retreat to. 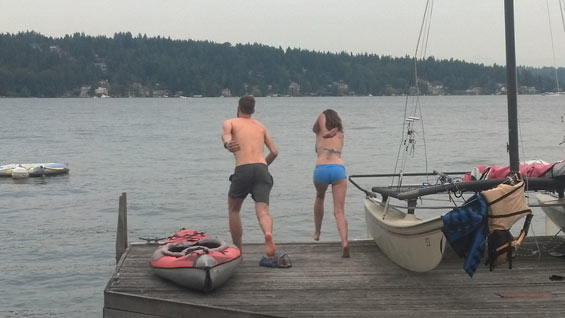 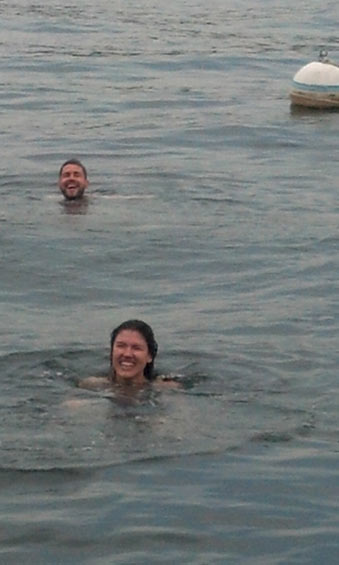 We had some games and activities to get everyone in the party mood. Croquet was first on the docket. Katie & Katy were paired up and trying to strategize how to beat reigning champs Matthew & Diana, but to no avail – those two won yet again! 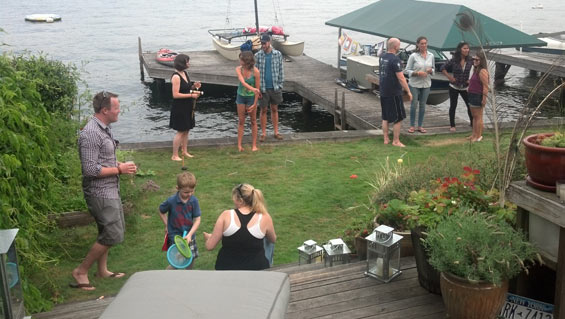 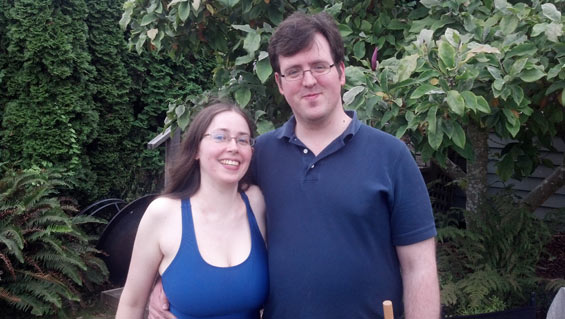 It didn’t matter though, everyone still had a great time, as proven by Katy’s uber-happy face.  I might not have been a croquet champ, but I gleefully took the only two oyster virgins at the party: Tory & Adam!!!! 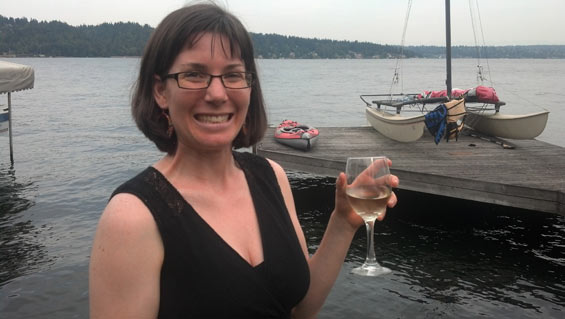 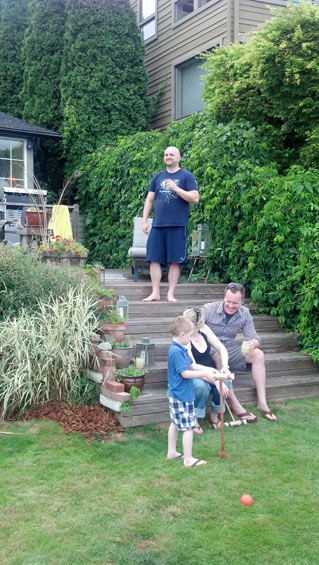 Hey look, it’s Captain Whiskey hanging out with some of the ladies and, um, a stiff cocktail. 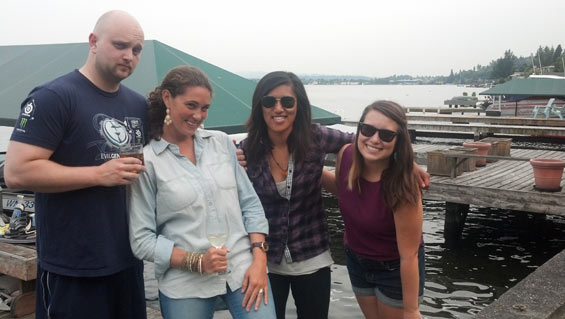 The food was divine. Heaven, really. Tons of fresh fruit from the U-District farmers’ market and lots of pre-meal snacks. I made Robert, Allie & Nicole stop grazing to smile for a snapshot. 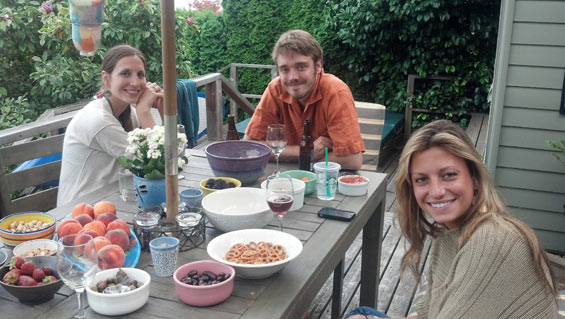 No Marx Foods company party is complete without a little surf n’ turf. Sadly, we didn’t catch a photo of the lobster tails or the oysters, but we DID get this shot:

Look at that grill! It was just as beautiful when it was covered with 30 lobster tails…needless to say, we ate well.

The night ended with a fire in the firepit, s’mores, cocktails & story-time. 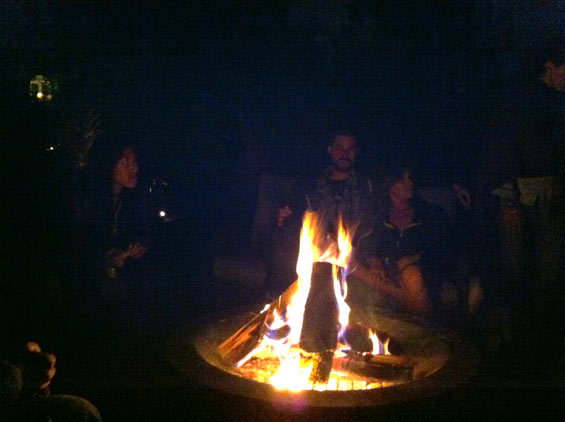