Merino lamb meat has a unique, more elegant & subtle flavor than conventional lamb without the typical gameyness.  Here’s some information about the breed’s history.

The Merino sheep breed originated in Spain – appearing in records as far back as the 12th century.  The prevailing belief appears to be that it probably developed from sheep brought to Spain by the Moors.

Merino have been renowned for their superior wool for centuries.  The Spanish government considered them such a precious resource and economic advantage that for a long time exporting Merino sheep from the country was an offense punishable by death.

Merino Spread Across the World
At some point the Merino stopped being such a dominating economic force in Spain, and the rules were relaxed to allow export.  The breed spread throughout Europe and was bred for different characteristics in different areas.  There are now a wide variety of Merino types spread across the world.

Merino Sheep Arrive in the Colonies

In the 19th century the breed was exported to North America and Australia.  In the 1840s through the early 1860s Merino were brought across the Tasman Sea from Australia to New Zealand in large numbers to establish the NZ Merino industry.

Before the advent of refrigerated shipping containers, it wasn’t possible to export lamb meat from Australia and New Zealand to major markets in Europe and the US without it spoiling.  Wool doesn’t spoil, so the primary economic impetus for farmers to raise sheep was for the wool export market – making Merino the breed of choice.

The History of Merino in New Zealand

Because the Merino brought over from Australia were sometimes of questionable quality, New Zealand farmers looking to improve the quality of their herd genetics started importing small numbers of animals from Europe and the US.  As a result of these breeding programs by the 1880s New Zealand Merino could be considered a distinct variety from the sheep raised in Australia.

Unfortunately as time went on various economic factors encouraged New Zealand farmers to move away from the Merino breed.

Merino sheep were originally adapted to Spain’s more arid climate.  It turned out that in New Zealand’s more moist environment the breed was prone to an illness known as “footrot”, an infection of the tissue inside the hoof.  This made them less suited to being raised in the lowlands that make up the majority of New Zealand’s sheep country.

A wool production system known as machine worsting was also on the rise – where machines gin & comb long wool to remove abnormally short fibers and force the long ones to lie parallel.  The resulting wool is much more uniform than the kind typically used in sweaters.  Unfortunately, while Merino wool was still considered a superior product in general, its fibers were too delicate for the worsting machines of this era.

Finally, advancements in shipping eventually made meat export possible.  While British sheep breeds were developed for meat production, Merino sheep weren’t considered a meat breed.  Their wool was so superb that breeders had remained singularly focused on improving it for centuries.

As a result of meat export becoming possible and industry demand for wool that was stronger rather than softer, many New Zealand farmers started cross-breeding their Merino herds with British breeds to produce mixed breeds that were less lean, had meat qualities demanded by the primary markets, and coarser wool.

As of the early 2000’s, pure Merino sheep had become a minority breed in New Zealand, accounting for just 3 million of the 39 million sheep raised in the country.  These Merino are primarily raised in New Zealand’s cooler high country, where footrot isn’t a concern.

The Discovery of Merino Meat

Merino continued to be raised exclusively as a wool breed until the 1990s, when tougher farming conditions forced the farmers to diversify into the meat market.  Merino meat was simply sold into the commodity meat market as “lamb” without any special fanfare.

Merino lamb’s unique flavor and texture were well known to Merino famers, who dined on it themselves and served it to guests to their farms as a special delicacy.  At some point, all off their guests’ exclamations clicked, and the farmers realized Merino’s unique eating qualities were something that should be trumpeted to the world, not hidden behind a generic label.

In 2011 a special partnership was formed between the Merino farmers’ wool company & meat processors to start the world’s first breed specific program for lamb.  SILERE merino lamb is hand selected for the best eating qualities and showcases the best attributes of this very special breed.

Through the SILERE program, New Zealand chefs have discovered modern Merino’s cleaner, leaner, more elegant flavor and silky texture.  It is quickly becoming a fixture on fine dining menus there.  We are proud to introduce this new delicacy to the American market.

Conventional/commodity lamb is generally a crossbreed, whereas Merino is a specific breed of sheep cultivated for its premium wool and meat.  In this respect it’s analogous to premium beef breeds (like Black Angus) and heritage pork (Kurobuta, Iberico, etc).

Conventional lambs are usually sheared only once, at 4-6 months, producing a coarse wool used in carpets and other similar applications.

Merino are sheared at 9-12 months, when their fleece has grown to its full length (75mm or longer).  Depending on their wool growth, they may be sheared a second time before being processed for meat.

Each Merino produces approximately two kilograms (4.4lbs) or more of wool per shearing.

In between their full shearings, they may be brought in for a brief localized shear around the groin area (a practice referred to as “crutching”) to help them stay clean and healthy.

Conventional lamb is often raised in the lowlands, but Merino have thicker fleeces and prefer the cooler temperatures in high alpine ranges.

Merino lambs roam freely in massive pastures up in the mountains.  They dine on alpine herbs and native grasses. 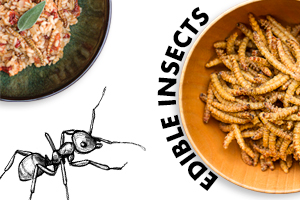 Many people don’t realize that the increased cost of Organic isn’t just less efficient/more expensive growing techniques or farmers charging a premium for their work.  Organic certification can be very costly.  Sure, it helps ensure everybody’s following the rules, but it can also bar the door for small producers.

We actually sell at least a few products that could be considered organically grown, but can’t call them that, because they haven’t been certified.

The idea of people subsisting on industrially processed food replacement shakes isn’t exactly something that lights our fire.  On the other hand, there are a lot of people out there who don’t have the time or energy to cook…and alternatives often offer incomplete nutrition and/or are unhealthy takeout.

As unappealing as we find Soylent’s ingredient list…we have to admit it’s better than what’s in a chicken nugget or a certain competing product….

A lot of people don’t realize that they could still be eating trans fats.  As long as each serving of a food contains .5grams or less of trans fats, it can be rounded down to zero on nutrition labels.

Sure, that doesn’t seem like much…but as this article points out, as little as 2 or 3 grams per day can be a problem.

An excellent question that more people should be asking…

Now a Test Can Tell If Your Pricey Cup of Cat Poop Coffee is Fake
Yep, that’s right, there are people pretending their coffee beans have been pooped by a cat when they haven’t.  Just mull (brew?) that over for a second.

Now that you’ve wrapped your head around the concept of civet-poop-coffee-fraud…read this article to learn why people would want to pull such a “dirty” trick.

Bringing Home the Woolly Bacon from Hungary
Let’s be clear, the bacon itself isn’t actually wooly, the pigs are.  This article discusses the heritage and wondrous properties of Mangalitsa pork – it also includes a fabulous photo of a mangalitsa pig, standing proudly like a stylishly coiffured porcine gentleman.

FDA Defining What ‘Gluten Free’ Means on Food Labels
Those of us who are gluten free or live with those on restricted diets know how tricky “gluten free” products and restaurant offerings can be.  It can mean a lot of things and it isn’t always clear how gluten free they actually are.  It sounds like the USDA’s finally stepping in to change that.

Ancestors’ Exposure to DDT May Contribute to Obesity
We hear about America’s Obesity Epidemic all the time…but this is the first time someone’s suggested that the cause is more complicated than processed/junk food.  This fascinating (& horrifying) article suggests that the nation’s difficulty keeping the pounds off might not be entirely our fault and that personal genetics may be more complicated than previously thought.

Marx Foods and 14 of Seattle’s top chefs are coming together to throw a party to raise money to support
WA Initiative 522 (which would require labeling GMOs). I’d love to see you there – Bite Nite’s going
to be the tastiest ticket in town!

For the price of admission you get:

Lots of intriguing food articles have come out over

the last month or so…here are some of our favorites…check them out!

Eating Bugs: Would You Dine on Cicadas?
Can Farmed Trout Go Vegetarian?
Chef in a Box
Germany Drops its Longest Word
Your Choice in Utensils Can Change How Food Tastes
Savory & Sweet: A Taste for Infertility

I’ve also been reading about the rising unlabeled use of mechanical tenderizers (read more here) and a new drug called “Zilmax” in the US beef industry (my thoughts here). 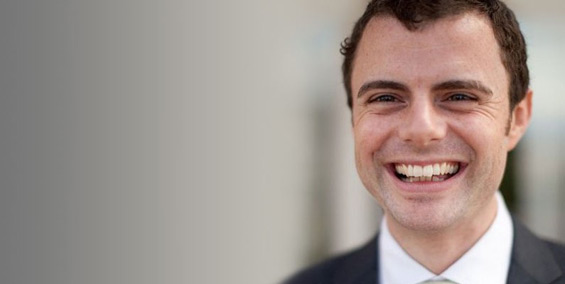 There’s nothing like watching someone you admire work their ass off and achieve an absolutely enormous goal.  I could not be more proud of Chris Tanghe for becoming a Master Sommelier.

Most of you probably won’t be aware of the certification, the prestige that comes with it, or the incredible amount of time, work and effort that goes into it.

Let me put it in perspective for you.  The Court of Master Sommeliers was founded around 1977 as an international organization to promote, test, and certify wine knowledge at the very highest level.  They award the Master Sommelier diploma as the ultimate achievement a sommelier can attain.

You know how many Master Sommeliers there are now?  201.  In the world.

That’s not just my opinion, either.  This diploma is so cool that when someone earns it it’s news – read more over at The Seattle Met and Sip Northwest.

But I don’t want to gloss over Chris’s other culinary achievements.  He may be one of the world’s beverage elite now, but he’s also no slouch when it comes to the kitchen.  He’s studied at the very prestigious Culinary Institute of America, he’s cooked for many great restaurants, and he’s the chef behind about half the recipes on our blog.  He has all of the gastronomic bases covered.

All this and he’s also a down to earth, solid, great guy and a wonderful friend.